Franz Kafka Ponders Death from “Kafka In The Castle” 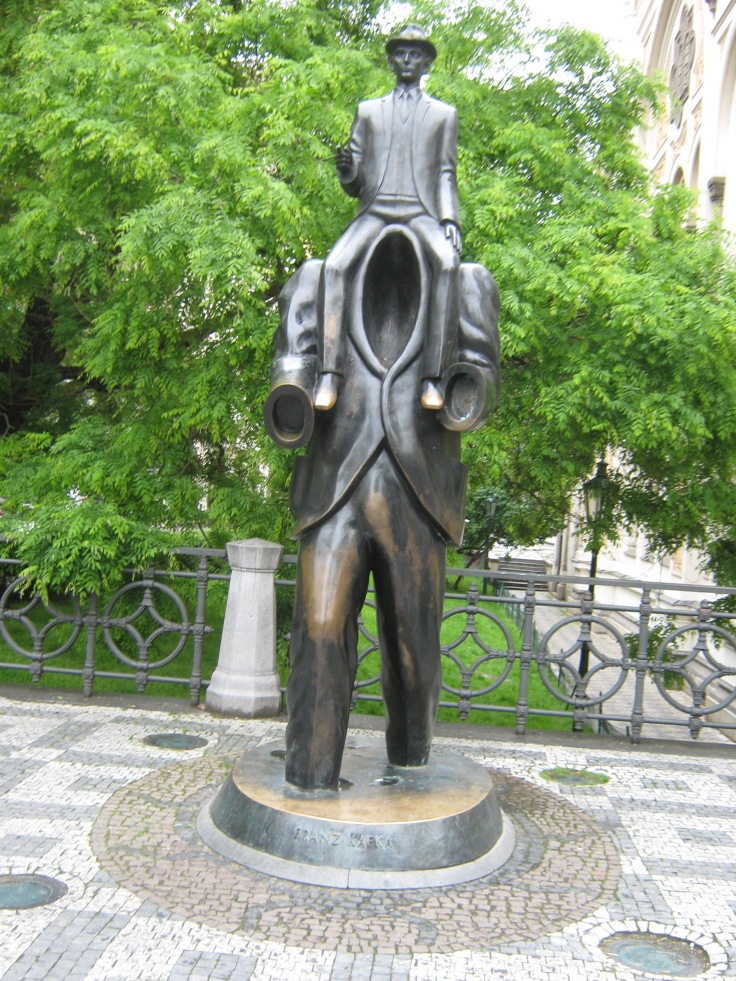 (Statue from the Kafka Museum, Prague)

I wonder what my final thought will be – just before I die. I was moments away from death this afternoon, as I stepped unheeding onto the tram tracks. The motorman’s frantic bell made me leap. Had I been too slow, my last thoughts would have concerned where and when to take my vacation. Not very glorious last thoughts to possess.

But, had I the time granted to me, what would I chose to think about? Perhaps F. Perhaps the writing – I’d like to finish the novel. Would I torture myself thinking about father? Would I accept that my past – now that it was ending – was finally settled. Or would I instead – and this is what I really expect – be wondering what I was going to miss tomorrow?