A royal pilgrimage – {with some fine London dining}

The Grill at The Dorchester Hotel … bordelaise sauce to a tempting array of Aberdeen Angus beef tournedos on gnocchi and onion confit.

At The Savoy … platter of smoked and cured fish that included wild Scottish, hot peppered, and Royal Fillet of smoked salmon, plus sable, gravlax, citrus-cured wild sea bass, and star-anise cured salmon.Sushi and sashimi alternatives hopped aboard this culinary cruise as well.

Ambassador Of The Spanish Language

Because of my participation, and attaining a finalist position, in The César Egido Serrano Foundation and the Museum of the Word, Flash Fiction Contest of 2016, the organization has designated me an ambassador of the Spanish language.

Such an unexpected and unusual honour is pleasing, and I thank them.

As I wend my way through my second Onion novel, China Lily, which is taking too, too, long to put into the computer, I approach page 300. The end is in sight.

My intent was to write a trilogy that followed a Fourth Century Italian farm family, as it developed into an International business empire. There was to be 1,000 years between the first and second book, and the third book was to be set in the present day.

I confess, my interest might not be sustained for the third novel.

However, as I soon describe this recipe – and its creation – in detail, I thought it might make someone a nice supper.

Fittingly, this recipe is from Harry’s Bar, in Venice.

When we visited Venice, we asked the locals where to find the definitive calf’s liver and onions. Everyone said Harry’s Bar, and, after trying it there—and lots of other places—we had to agree. This is Harry’s recipe.

Find this recipe in our cookbook, SAVEUR: Italian Comfort Food

Cut liver lengthwise into 4 long pieces, then, using a very sharp knife and pressing the palm of your hand firmly against the meat, slice each piece crosswise into pieces as thin as possible.
Heat 4 tbsp. of the olive oil in a large skillet over medium heat. Add onions and cook, stirring frequently, until soft and deep golden brown, about 20 minutes.
Transfer onions with a slotted spoon to a bowl and set aside.
Increase heat to medium-high and add remaining 2 tbsp. oil. When oil is sizzling hot, add liver and cook, in batches to avoid overcrowding the skillet, stirring constantly with a wooden spoon, until brown and crispy on the edges, 3-5 minutes. Season liberally with salt and pepper, then add reserved onions and accumulated juices. Cook for 2 minutes, stirring and turning liver and onions constantly while shaking skillet over heat. Transfer to a heated serving platter.
Add butter to skillet and scrape up any brown bits stuck to bottom of skillet as butter melts. Remove skillet from heat and stir in parsley. Spoon butter and parsley over liver and onions. Serve with Grilled Polenta, if you like.
02/21/2018 0

Just to show that there can be recipes without onions.

These Belgian waffles are such a winner of a recipe. See more from PBS Food.

Cheese And Rum Aged At Sea In Ancient And Modern Times 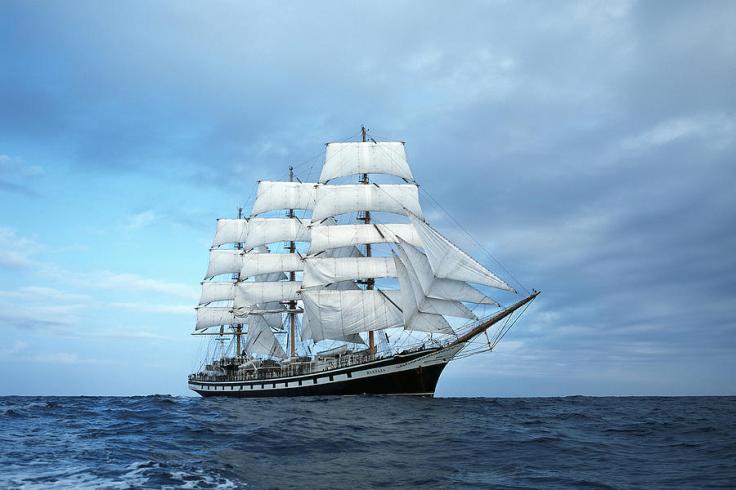 This is not only an idea whose time has come, but it is an idea I have used in three novels starting over three decades ago. In my novels, I have some edible substance aged through transport at sea.

In A Lost Gospel, set in the time of Christ, I have seafarers strengthen an unnamed gruel stored in a barrel that is used to relieve the effects of seasickness. It tastes vile.

In my two  historical “Onion” novels, I have special cheeses aged during the two year long sea trips my characters take for trading purposes. They return tasting right (and ripe) fine.

Here is a current news story set along the same lines.

A Nova Scotia distillery is sending its spirits out Monday on an around-the-world trip on a tall ship, promising it will taste better for the journey.

Four barrels of rum from Lunenburg’s Ironworks Distillery will spend the next 15 months in the cargo hold of the three-masted tall ship Picton Castle.

And here is an excerpt from my novel, China Lily.

The storage hold for the cheese is actually a room partitioned from the main hold by thick oak planks. Its back wall is the side of The Pegasus. There is a raised floor to keep the cheese from the bilge, and a barred door with heavy locks. The Cannaras had the room designed, and placed specifically, so it would not hinder the running of the ship through either weight or volume displacement. In addition, the Cannaras paid the other owners an impressive surcharge for the space.

Matzerath steps back as Cepa unlocks and opens the door. The cheeses have not been moved for over two years, except through the motions of The Pegasus itself. They are tightly packed with straw and wax, three to a wooden crate. The crates are kept in place through the use of ropes and webbing that allows them to move with the motion of the ship. If they break loose they can dent, break, or even shatter their thick outer shell of wax. The exposure to air would turn them to rot.

The two and more years of exposure to the sea salt atmosphere tightens the ropes and webbing. They reach a point where it is not worth the effort to unbind them. Cepa begins to use his knife on all the ties.

He is quickly followed by Matzerath, who does not question the reason for Cepa’s actions, but just follows suit. Together they make short work of the ropes and webbing. Matzerath gets by the doorway and takes his place in the human chain. Cepa hands a crate of the cheese to him. He carries it to the first man on the steps who, in turn, takes it up the steps to the next man. In this way the cheeses go from man to man until they are placed in the carts. It is not backbreaking work, but it is awkward and exhausting enough that Cepa eventually calls for a break. They all go up to stand on deck to take advantage of the fresh air.

“How long have you been selling this ‘voyage cheese’?” Matzerath is watching the frenzied activity on the dock.

“Over two hundred years.” Cepa keeps an attentive eye on the cheeses already on deck. “But never any trip as long as this one.”

“Any magic secret in making it?”

“The choice of the onions. But I don’t actually make the cheese – that is for others in the family.” Cepa smiles. “I help create the mystique.”

“Yes.” Cepa turns to scan the dock. “Look at those three men on horseback.”

“One is a priest; one from the noble’s house; and the third leads the cheese maker’s guild.” Cepa holds up his hand to shade his eyes from the morning sun. “Their sole reason to be here is to verify that these cheeses actually come off The Pegasus. They will affix a seal onto each crate.”

“They don’t trust the Cannaras?” Matzerath turns to Cepa in surprise.

“They trust us because this was our idea.”

“Ha! You Cannaras are crafty.”

“There are few questions asked about items brought back from far away. They are so foreign they have to be authentic.”

“Yes – anyone can make cheese.” Cepa indicates that he wants to walk around the deck. “And it all looks the same once covered and waxed.”

Canada and aliens visiting from outer, outer space. Is there any defence? An illuminating outlook.

Paul Hellyer has long been a vocal conspiracy theorist and believer in aliens.

How a war never ends. Perhaps my father, stationed outside London during the early part of World War Two, walked past this while on leave. He did like to nip into London.