The Bee Prepares For Death

An anxious companion called to me,
As I was sitting out in the yard,
That a bee had
Settled on my leg.
So be it.
Bees will usually,
Quickly fly,
When they realise they
Are not on a flower.
This one did not.
So, I assumed that there
Was something wrong
With the bee.
It was not just languid from the heat
‘Cause it wasn’t that hot.
The longer the bee stayed,
The more concerned I became.
Not really knowing
The ins and outs of bees
Heading for their demise.
Except, that they usually fall

While heading toward,
Or away,
From their hive.
I thought a languid/dying bee
Might take some sort of affront,
Or take one last stand
At life,
And make a defensive move
Of stinging whatever
Was nearest it.
So I kicked out
My leg.
The bee moved through
A gentle arc,
Caused by my propulsion,
And its own feeble
Attempt at flight.
It landed in the taller grass
On the verge of the lawn,
And,
I suspect,
It did not
Move again.
D.E. BA U.E.
09/07/2020 0

When The Ghosts Escape

Only slightly more
Problematic
Than
Where do they
Come from?
It’s a grave question
Worthy to be
Unearthed.
And how,
When the ghosts
Escape,
Do we
Find them?
Where do we look?
How will we see
What we can’t see?
For ghosts,
Once they escape,
Like to sneak up
Behind you
&
Look over your shoulder.
They want to see
What you are doing.
They want to
Make comments.
They want to go
“BOO!”
And scare
The living shit
Outta you.
Because
(let’s face it)
That’s just
The way
Ghosts
Are.
(image) https://i.pinimg.com/736x/1c/9d/05/1c9d05b5df9fd8b43933b0a382686fde.jpg
08/17/2020 0

The Ghosts In The Fog

I can see my hand
In the fog,
And
The building,
Across the street.
That is about all.
So, I know
The ghosts,
Are not

As close
As they sound.
The Ghosts sound like Fog Horns
And that’s what folk
Up
And down
The coast
Say
That they are.
Fog Horns.
But – they aren’t.
They are ghosts that moan,
And wail,
And cough,
And even
Sputter,
On the wind,
In the fog,
Where they can hide
Out in the open.
It is true that they do moan
For ships.
That they do give warnings
In the fog,
Where they can not
Be seen,

Because they look
Like fog.
They give warnings
Because
They have all come
From ships,
Where once they lived.
But now they don’t.
They went down with ships
At sea
And
Along the coast
To their

The Ghost Hunts The Living For Revenge

When they go to wander,

They used to play.

When all full of revenge,
To pull the living

To the Other side.

Those who had been mean,

And hateful, and cruel,

And so so selfish.

With bony hands and fingers,

At the blush of dawn.

Slipped behind the drape,

Trump & COVID19 Walk Into A Bar In Tulsa, Oklahoma

~ I take credit for everything.

~ Let me shake your hand.

~ I suppose a hug is too much?

~ Any chance you can take out Biden?

~ I got guards. No one will get closer than six feet.

~ That’s how deep they bury you. Ground Zero.

~ But aren’t you worried about your followers?

~ But you’ll need every vote.

~ Oh, we just get them from the graveyard, too.

To Die As Kafka Did Is Not Easy

Franz Kafka inches toward being dead for 100 years.He died on this day, 03 June, in 1924. he did not go gently into that good night, though he probably was just as happy to be gone. It was difficult to satisfy Kafka,

I wonder what Kafka would think about the worldwide communication and information of today. He was a rigid fixture of the staid (he hated using the telephone). He also was a keen observer of the world around him (he wrote the first newspaper report about aeroplanes, and he invented the safety helmet). It was more this deep divide in his personality which caused him his problems, about which he so famously wrote.

He did not fit into his personal world, yet he fit into the real world perfectly. He was adored by his friends and by many ladies. He was respected at his work and rose to a position of power. His stories were published to acclaim in his lifetime.

Kafka lived a Kafkaesque life. He died a Kafkaesque death (he caught tuberculosis because he drank “pure” unpasteurised cow’s milk). He was rigid in his personal beliefs (until proved wrong), yet he was a beacon of compassion to others.

Kafka was always on a tightrope. He looked at things with such accuracy that his comments can seem bizarre. Supposedly his last words were:  “Kill me, or you are a murderer.” They were to  his doctor, as Kafka beseeches for an overdose of morphine.

I have written much about Kafka. I will share but two.

This is the diary entry I had him write in my fictional novel “Kafka In The Castle”:

The anniversary of my birth. In honour of the day, I do not make it my last.

And this is a short story.

The old Rabbi moved slightly on his bed, and the young man raced over.

The old Rabbi opened his eyes, showing the cast of death which had almost consumed him. “Ka … ” he groaned.

The young man had been told the dying Rabbi would never regain his senses, and he did not know what to do. He was scared, almost horrified, but he leaned closer.

The young man gazed at the face, saw its pallid features and the clouded eyes. He touched a shrunken cheek, raised his voice to a shout. “What is it? What can I do?” He could hear wheezing, the struggle for air. He put his ear directly over the gaping mouth. 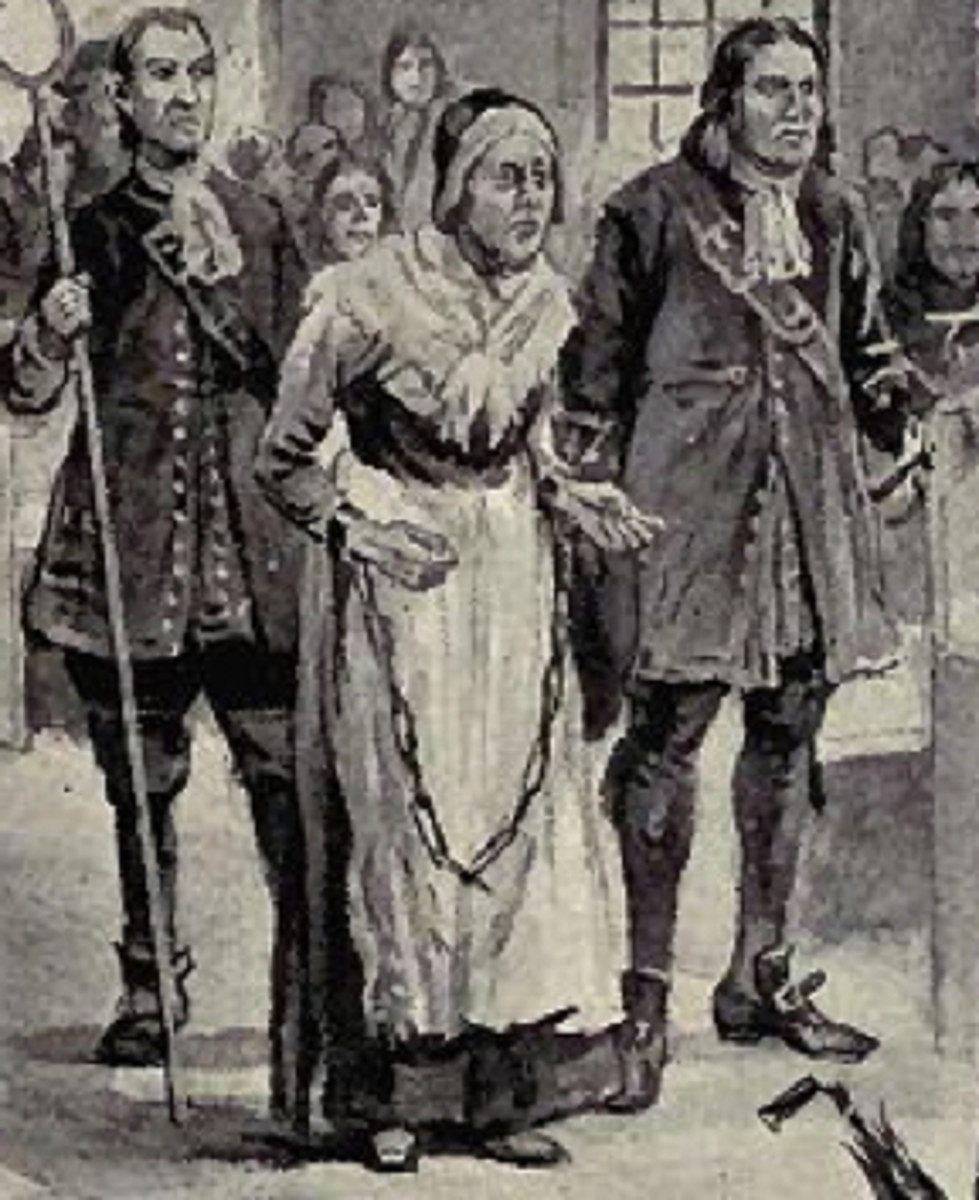 The witch hunt is on:
Not for
But by
The witches.
I know of what I speak
Being
A descendant

(also spelled Esty, Easty, Estey)
Executed
(hanged, not burned)
By the good
& pious folk
(Christians all)
Of
Salem, Mass.
[I put in “Mass” so
those life-hating Puritan folk
Gnash their teeth
And burn,
A little brighter
In Hell.]
{And I add
… ’cause it tickles my
Fancy…
That 19 years later
Mary’s husband
received £20

of compensation.}
Praise The Lord

justified
retribution
against those with
the stench
of self-serving
Morality