Altered History With Hitler And Kafka 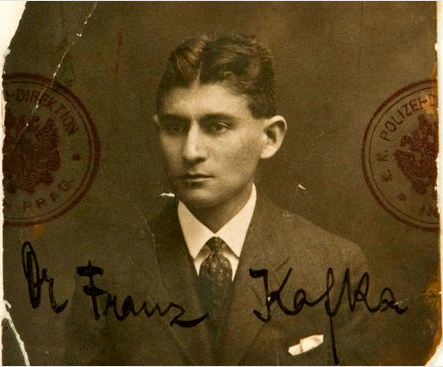 There are rumours (none of them started by me) that Kafka had direct dealings with Einstein, Joyce, and even Hitler.

The first two are more than possible. Einstein taught at Charles University when Kafka was a student there. Joyce was in Prague when Kafka lived there. It is quite probable they travelled in the same literary circles. Went to the same coffee houses (which Kafka frequented). Attended the same readings, or literary events, or even book stores.

The Hitler connection is far more tenuous, but based on fact. Hitler was treated, in Munich, by a doctor who had dealt with Kafka’s family in Prague. And Kafka did visit Munich in the right time frame. Kafka did, after all, predict Hitler’s world as much as he did the Communists.

Although I have, in my novel about Kafka,  “filled in” his missing diaries, I never give him such speculative encounters – tempting though it was. All events in my Kafka novel are based on detailed research from his own writings, writings of his friends, and multiple biographies.

I have written one short story that is totally speculative, where Kafka is encouraged to meet “the Austrian with the tiny mustache”, so as to kill him and stop an impending terrible war. And save his sisters from the camps.  But that doesn’t  happen in my fiction, either.