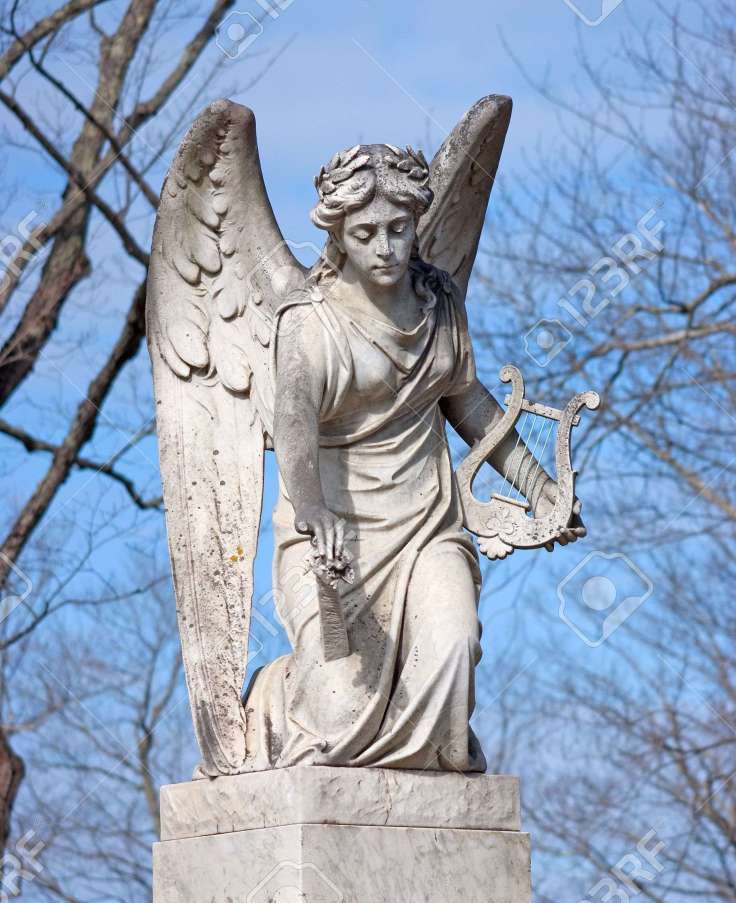 While away on a trip I had cause to walk the grounds of a Catholic college. I did this often as it was a large and peaceful place to wander. There were some paths, some gardens, some benches, wide playing fields and even a stroll beside a river. A peaceful retreat from the city (though I enjoyed the city).

I did meet one ancient priest telling his beads (there was a ‘retirement’ residence also present) who gave me a jovial ‘good day’. He was walking the paths through the trees (as was I) and eventually settled on a bench (as  I did not). I kept through the trees, which were really planted in individual copses. enjoying refuge from the sun. The trees seemed to be all pines, with full and tightly packed branches. As I went through one such group of firs I looked between the trees. There was a statue on the other side, so I circled and went up to it. As I approached I was overcome with the oddest feeling of familiarity, though I knew I could never had been there before. It also did not have any of the attendant feelings of deja vu.

And then I realized what it was. It was a scene I had created for my two ‘Satan’ novels, where a central character has the statue of an angel within a copse of firs in his back yard. Where he had a ghostly encounter of a dearly loved but harshly departed friend. My novel has an angel statue and reality had the Virgin Mary. But, still . . .