Be Afraid! Be Very Afraid of Halloween and Ghosts at the Top Of The Stairs. 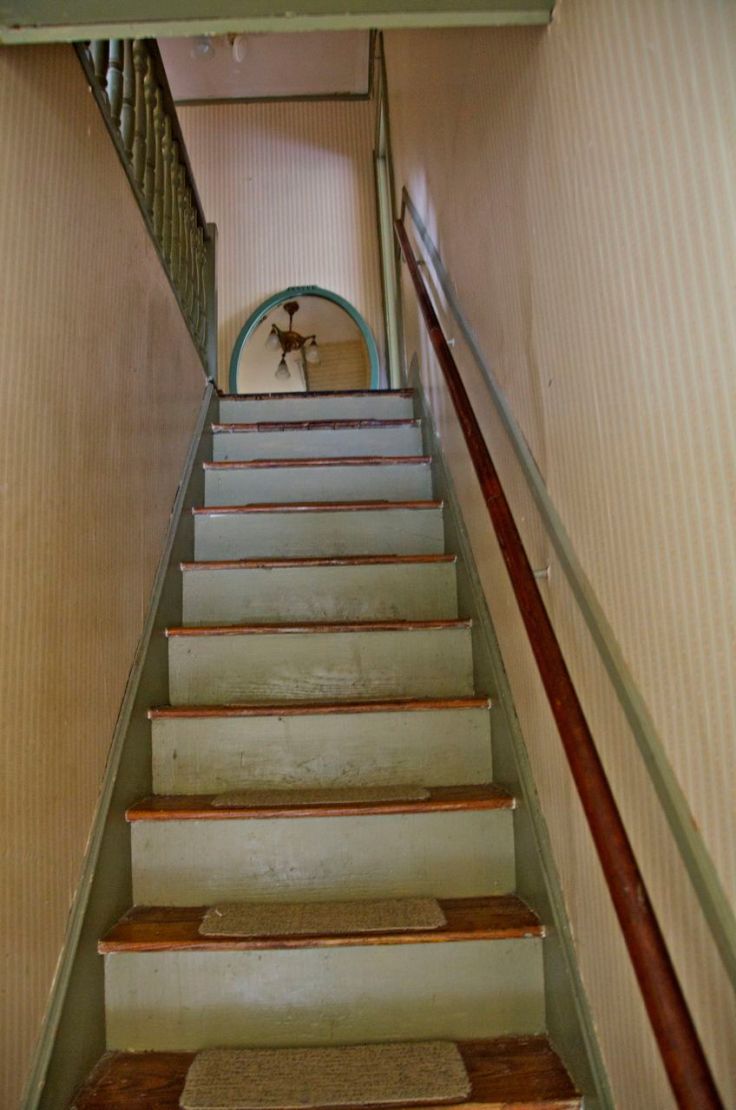 I like Halloween, though I am more prone to appreciate its origins, and the additions imposed by those wily Christians, than either on its own. This blend with the new, upstart religion actually keeps alive the foundation of the old. Druids became priests and all’s well with the world. Amen and pass the hollow turnip.

I once had an apartment at the top of a darkened, high-ceiling flight of stairs. Even people who knew me, and came to call, commented that the entrance could make them nervous. It was perfect as an entrance for those trick-or-treaters who dared to try.

As the gates between death and life nudged open a bit, I replaced the usual light bulb with a black light. I spaced a few candles from midway up the steps. I had a prominent jack o’ lantern sitting on a chair at the top landing. I placed a speaker  in the vicinity of the grinning pumpkin and favoured loud Satie, Night On Bald Mountain, Gregorian Chant, and like-minded music. I also had a nice bowl of treats at the top of the stairs, and all who reached it were welcome to take what they wanted.

I had few takers.

One year, when the weather was warm enough to leave the top door open, I sat and listened to the passing traffic of costumed trick-or-treaters. At one point four   teens clustered at the bottom door. They were in conversation.

“Are there any other lights in the window?” [Actually there were – candles.]