A Flash Mob of One 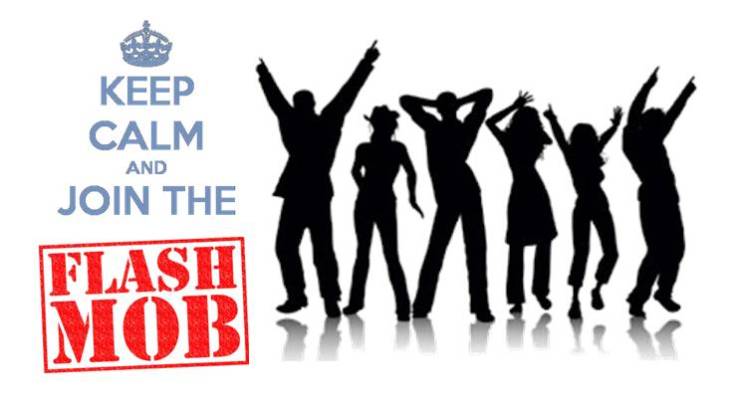 It is difficult to be,

(Hard to say which is more accurate)

A Flash Mob of One.

But that is all

In these times of

Ya gotta be community safe

(So much better than sorry),

And do it all yourself.

This does, however, make those

Be Afraid! Be Very Afraid of Halloween and Ghosts at the Top Of The Stairs.

I like Halloween, though I am more prone to appreciate its origins, and the additions imposed by those wily Christians, than either on its own. This blend with the new, upstart religion actually keeps alive the foundation of the old. Druids became priests and all’s well with the world. Amen and pass the hollow turnip.

I once had an apartment at the top of a darkened, high-ceiling flight of stairs. Even people who knew me, and came to call, commented that the entrance could make them nervous. It was perfect as an entrance for those trick-or-treaters who dared to try.

As the gates between death and life nudged open a bit, I replaced the usual light bulb with a black light. I spaced a few candles from midway up the steps. I had a prominent jack o’ lantern sitting on a chair at the top landing. I placed a speaker  in the vicinity of the grinning pumpkin and favoured loud Satie, Night On Bald Mountain, Gregorian Chant, and like-minded music. I also had a nice bowl of treats at the top of the stairs, and all who reached it were welcome to take what they wanted.

I had few takers.

One year, when the weather was warm enough to leave the top door open, I sat and listened to the passing traffic of costumed trick-or-treaters. At one point four   teens clustered at the bottom door. They were in conversation.

“Are there any other lights in the window?” [Actually there were – candles.]

I have had a fascination with the musical instrument, the Theremin, for decades. A Theremin (named after its inventor) is an electronic musical instrument, invented in the 1920s-1930s, that is played not by touch, but by the movement of hands next to metal rods. It produces eerie sounds, something like a soprano at the top of her pitch.

For Christmas, someone I know got a Theremin as a present.  As sometimes happens in my current manuscript about Alison Alexandra, an event in my real life (regardless of how distantly related) will creep into Alison Alexandra’s life. She’s a gal open to many suggestions.

But, because I already have some history with Theremins, and Alison Alexandra was embarking on a new chapter, it seemed to be a happy and musical experience.

So, I have done a more-than-usual research blitz on the instrument. Learning things I did not know. Listening to the surprising number of excerpts on the internet. But, as is often the case, also finding a number of contemporary references.

The Theremin was an instrument that fascinated a deceased author colleague of mine.

The son of a friend has actually made a Theremin.

The Theremin is used in the soundtrack of the British Television Mystery Series, Midsomer Murders.

And, most recently, a Theremin is used in the soundtrack of the movie The First Man. This movie has just won the Golden Globe for best Original Score.

Now, I’m not sure if Alison Alexandra is actually going to attempt to play the instrument,  but it certainly is going to hit some high notes in her life.

[Where to learn lots about the Theremin] https://www.carolinaeyck.com/theremin/

As a child, sometime before Grade One, I encountered a radio/gramophone combination that frightened the music right out of me.

I assume I must have heard the radio before. And I would think I had heard music before. But maybe not to this degree. And certainly not in such volume.

My visual memory is of the odd configuration to the house. We lived in a flat over a commercial garage. There had to be a number of rooms, but I only remember two large connected rooms, going the length of the house. They were each elongated as it was, and were the stuff of apprehension at the best of times. At dusk, or in the evening, there was the feeling of entering some other world. Not a forest perhaps, but a place of shadows where animals and other assorted unpleasant surprises could stalk my passage. And then – presumably – they could leap out, regardless of how carefully one manoeuvred through the gloom. I don’t know if I ever told my parents of this gauntlet I had to face at certain times of the day. But it certainly gave me pause at the best of times. And dusk was not the best of times. Or a weekend family get together after supper. Which is what I believe this was.

I know I was part way through one of the rooms, and getting ready to enter the other. There was still a distance to walk when a loud noise filled the air. I was frightened, but did not run or duck. I froze. It was music. It would not have been an unknown sound, so that is probably why I did not flee.

However, it was music as I had never heard it. I peered the length of the second room, but saw nothing different. I saw my parents seated – as they often were – beside the radio. They were obviously happy and not frightened by the ‘noise’. I was both stock-still and confused. Since they were not troubled I decided to run to them.

I don’t know if the music was in some manner explained to me (I presume it would have been). What they were listening to was an LP of orchestral classical music. My knowledge now makes me imagine it was something wonderfully bombastic by Tchaikovsky. I presume they might have been playing it louder than their usual radio programs. But it made a stirring impression on me, lasting decades.