The Moose of October Get Hunted and Killed 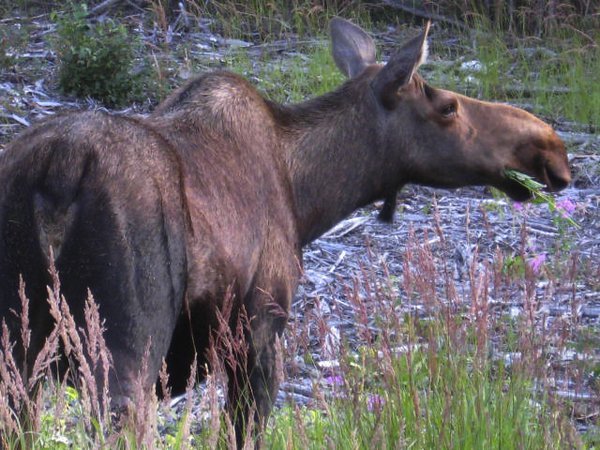 On a recent bus trip through the forests and hills and valleys, which offered kilometres of burgeoning Fall colours, and many other delightful distant scenes, this wee incident happened at a bus stop.

The bus went into a small village because a couple were getting off. The bus stop is in a parking lot of a Mall, beside a Tim Horton’s (I think).
Anyway, as the couple got off, a heavy-duty Ford pick-up drove in beside the bus. Attached to the truck was a a longish metal open-bed trailer. On the trailer was a deceased female moose. Perhaps it was too big to drape over the hood of the truck. This was a commonplace occurrence in the days of my youth. Or are those days long gone?

Buddy with the moose pulled up beside the Liquor Store.

Out he gets and walks with purpose into that fine establishment.

“There you have the perfect combination. A dead moose and a bottle of rum to celebrate.”