This is something to cite when its time to promote my novel, Kafka In The Castle.

Come to think about it – it is worthy of a blog.

I side with the judge’s statement. Perhaps Kafka would have not pointed at this situation and said “I told you so”. But, he would have smiled in recognition.

However, if one sticks to the Urban Dictionary definition of “Kafkaesque”, then The Trial would not fit. 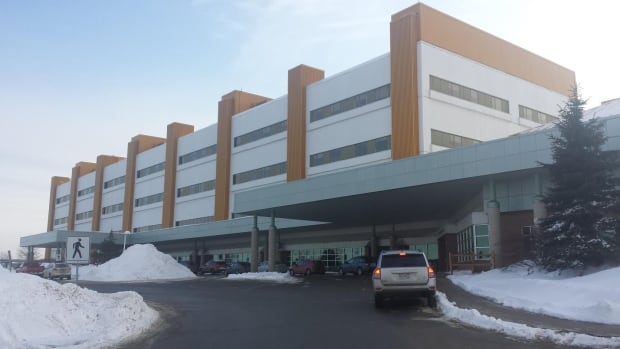 Paul Lynch has been sterilizing the lab and medical equipment at the Dr. Everett Chalmers Hospital in Fredericton for 12 years. (Alan White/CBC)

In a sometimes bizarre court hearing that eventually boiled down to an interpretation of the century-old writings of novelist Franz Kafka, a Fredericton hospital employee who disappeared from work without notice for several weeks has once again won the right to keep his job.

Paul Lynch, an environmental services worker or cleaner at the Dr. Everett Chalmers Hospital initially won reinstatement to that position last winter after a labour adjudicator ruled his absence and firing had been the result of a “Kafka-like” situation he had fallen into.

That triggered an appeal from the local health authority, in part questioning the adjudicator’s understanding of Kafka, the Prague-born author whose works include The Castle, The Trial and The Metamorphosis, a literary dispute then taken up by Court of Queen’s Bench Justice Hugh McLellan.

“I am not persuaded that the adjudicator’s expression ‘Kafka-like’ indicates error in his perspective or unreasonableness in his decision,” McLellan concluded.

Lynch had worked for the hospital for 12 years but failed to show up for his regular shift  on November 13, 2015. He was eventually fired after five weeks of unexplained absences.

It was later learned Lynch had been in jail the whole time and was unable to call the hospital.

Three hours before his shift was to start he had attended court to face an impaired driving charge. He entered a guilty plea and although he expected to return later for sentencing, it was his seventh conviction and he was instead taken into custody on the spot. 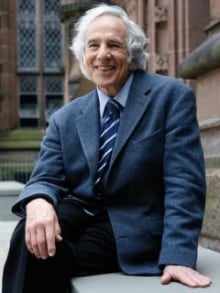 Internationally renowned Kafka expert Stanley Corngold says he would advise against anyone using references to Kafka in a court ruling. (Submitted)

Inmates are not permitted personal calls and Lynch was unable to make direct contact with the hospital during his 97 day stay in jail.

That, according to adjudicator John McAvoy, was right out of a Franz Kafka novel.

“No one who is convicted and sentenced to imprisonment for a limited term in New Brunswick should face the Kafka-like situation faced by Lynch in respect of his inability to contact his employer,” wrote McAvoy in ordering the hospital to reinstate Lynch.

“Here, citizens taken into custody by police and Corrections staff do not seemingly ‘disappear’ as did Lynch.”

In appealing that decision to the courts, hospital lawyer Andrea Folster said McAvoy’s decision lacked “intelligibility” and especially panned his reference to Kafka.

“These extreme comments reflect the lens through which the Arbitrator deliberated this grievance and the overall unreasonableness of the Decision,” she argued.

“It’s an almost one to one correlation. They don’t know what they’re talking about.” – Stanley Corngold

A “Kafkaesque”  situation more accurately describes something nightmarish … strongly surreal … with an ethereal, evil, omnipotent power floating just beyond the senses … marked by surreal distortion and often a sense of impending danger,” Folster said citing the Urban Dictionary’s definition of the term.

But Justice McLellan had his own view of the literature.

“Kafka characters struggle against rules and forces that cannot be understood,” he said and ruled he saw enough oddities in Lynch’s situation to conclude the Kafka reference was not unreasonable.

“The result falls in the range of possible outcomes,” he said of Lynch’s reinstatement by the adjudicator.

Princeton scholar and internationally renowned Kafka expert Stanley Corngold says he’s not surprised  to hear the novelist became an issue in a New Brunswick court case — it happens frequently in the US — but advises against relying on any courthouse critiques of the writer.

“I wrote a paper not long ago in which I said ‘it’s a 100 per cent guarantee that anyone who uses the word Kafkaesque has not read Kafka,'” said Corngold.

“It’s an almost one to one correlation. They don’t know what they’re talking about.”