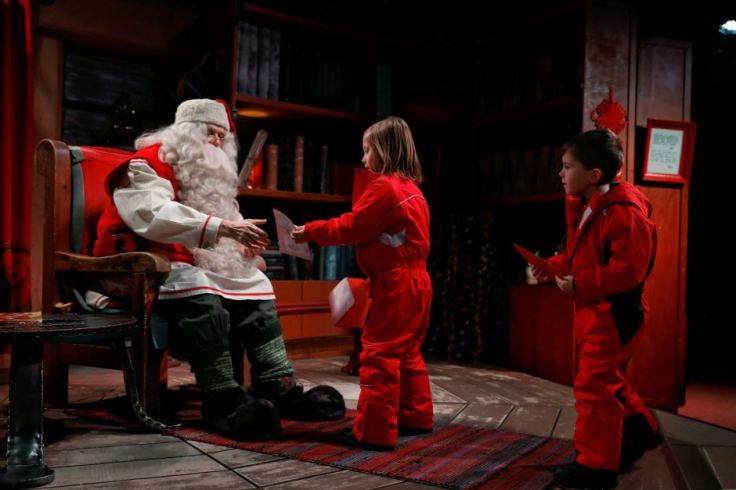 Although I am no fan of having the Santa Claus story take such a bite out of Christmas, I’m not against Santa Claus. In fact, we’ve had quite the relationship.

As a child, I had two ‘encounters’ with Santa. I can’t place the years, but I remember them from the houses I lived in.

The first time I would have been no older than five. I was going to the outhouse on a dark Christmas Eve. The outhouse was a couple of minutes walk from the house. On my way, I heard the bells on Santa’s sleigh. Don’t try to dissuade me, I know what I heard. I even remember the direction I had to turn to see if I could see anything. I was right quick about doing my business.

The second time would have been a couple of years later. On Christmas Day I saw the marks from Santa’s sleigh runners on the snow beside the house.  Never mind your smiles, I know what I saw.

And, a few years after that, I was with some younger friends who questioned me about the reality of Santa Claus. Now, by then I did not believe that Santa existed. But, I didn’t want to tell the “children” that. Neither did I want to lie. I don’t know how long it took me to think of a way out, but long enough (obviously) for it to remain strong in my memory. My answer was: “Well, there must be a Santa Claus. How could your parents afford all those gifts?”

In the years when I did a fair amount of house-sitting, I did so for one couple where the husband had a perfect resemblance to Santa Claus. Thus, for many a Christmas, he was the hit of local gatherings. And he had a beautiful suit and hat and – of course – a real beard.

I also know a poet whose first book was about Mrs. Claus. She is also known to dress up the part (even with a Christmas bonnet) and read at Christmas gatherings.

As for myself, one day I entered my financial institution around Christmas and got into line. As we snaked forward, I came opposite a mother and father with a young child. He looked at me and screamed (literally) “Santa Claus!” Then he burst into tears. I don’t know what troubled him (maybe I was out of uniform).

Finally, a few years ago, (and this was not around Christmas, though it was Fall) I was walking in a park. A family approached, two parents and three children. One of the boys (and he looked five or six) dashed ahead and stood in front of me. “Santa Claus,” he said. I thought it was some sort of joke, but he turned excitedly to his siblings. “It’s Santa Clause.” He was quite happy. The father said “Maybe not.” but did not really try to dissuade him.

And neither did I.