How I Will Save Canada And Enrich The Nation 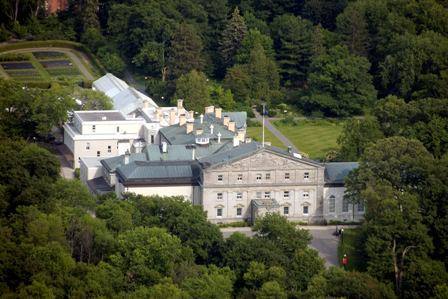 I am putting myself forward to be chosen as the next Governor General of Canada. I am open to the job in the natural progression of such things, but can be on call to finish off a term if – well – the need arises.

I am a sturdy Maritimer (I think this part of the country could use the boost); have travelled nearly across this fair land; am a successful artist; and am descended from United Empire Loyalists.  I will be more than proud to represent our Monarch.

I also have a stellar idea of how to raise funds for this great country, even in these times of COVID-19 disruption.

I propose to turn Rideau Hall, official residence of the Monarch, into an AirBnB. I’ll be more than happy to live in Rideau Cottage, or even 7 Rideau Gate. I generally live small.

Rideau Hall has 175 rooms and sits on 88 acres. It can easily pass as a Gated Community – with guards. It is set back from the hustle and bustle of the city. Unwanted visitors are removed.

Though it could indeed be party central for the insanely rich, I think more in terms of renovating the interior into a number (admittedly, a large number) of rooms and apartments, suitable for a vast array of the world’s population.

Also, the way things are going, well-done – though admittedly hasty – renovations could turn the building into a grand place for staycations. Proud Canadians from sea to sea to sea can come (eventually) to stay in the nation’s capital. There might be a shuttle service for residents to go to the Byward Market to stock up on provisions.

I throw open this proposal even if I do not attain the high position I desire. It will be a gift to my fellow citizens.

But I think I would look right nifty in uniform