On the Other Side of the Door 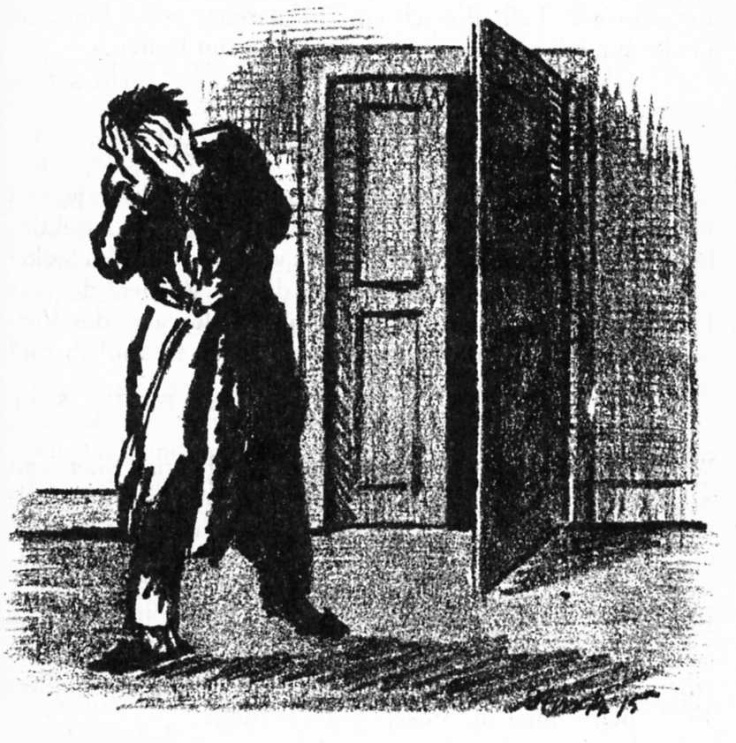 The first claw was so faint upon the door he barely raised an eye from the page. It could have been the wind – it sounded almost like the wind. Wind at other times and in other places might blow such a sound – but not this night. As his thoughts returned to what lay before him, the tiny scrabble, hesitant at floor level, moved slightly to the right, aligning itself more closely to the doorknob.

The noise skittered up the wood, almost a metallic sound. His head swivelled toward the door, and the first thought he had was for the paint. Then he could sense, by the sound alone, that the movement was groping in the dark, that it was unsure of where it was. He closed the book on his lap, still keeping his place with a finger. His eyes remained fixed on the door, and he thought he saw the light of his lamp glint off something through the keyhole.

The doorknob twitched, a slight movement counter clockwise, and then a brief turn clockwise. He let the book slide down the side of his chair as he put his hand into a pocket. He felt the key between his fingers, and held it tightly. There was more fumbling with the knob, muffled sounds as if a grip was hard to get. The knob turned once more, and then the pressure on the outside was released. He could hear some shuffling against the wood, and then saw, through the keyhole, light reflecting off a muddy iris.

He stared back through the keyhole, only to see the eye blink and move slowly away. He started to rise from his chair, but was stopped by a thump near the floor, as if a clumsy foot had bumped the wood by mistake. He realized that all the sounds which he heard seemed fuddled and uncoordinated. The doorknob was once again twisted, but the motion seemed to lack the ability to grasp.

He was wondering whether to turn out the lamp or not, when a hesitant, hollow knock came on the door.