Eating Out In New York – Free Entertainment With Roller Skates 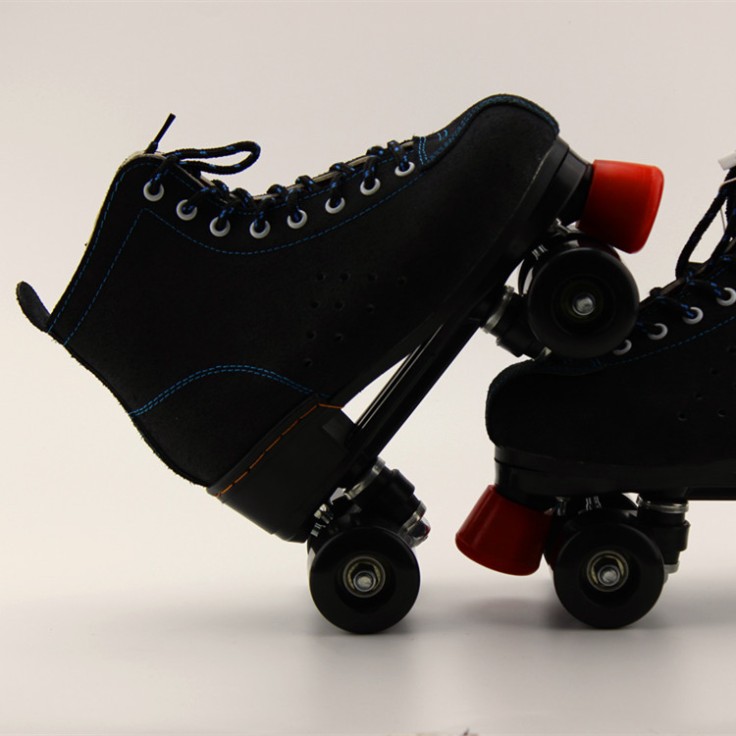 My friend, Google tells me that “over the transom” is still a viable term. In this case it refers to a manuscript accepted by an editor submitted cold – perhaps even from the dreaded slush pile.

At any rate, my manuscript for A Lost Tale was accepted “over the transom”, and I was asked to New York to meet the editor. Although I had experienced and appreciated Montréal, Toronto, London, Berlin and other large cities by that time, I had not been to New York. Many events of that trip are memorable, but none more than my “lunch” with the editor.

The editor took me to some dark and trendy place for a late lunch. There were not many people there and, restaurant fiend though I am, the food was not my top priority. Discussion of “the work” and proposed changes was more on the menu for me.

However, as I sit across the table from my editor, I can not help but notice a man seated by himself beside the wall. He is tieless and shirtless and, though the lighting is dim, what there is reflects from his naked skin. He sits with a beverage and seems to hum to himself. My editor is discussing both the menu and some confusion he perceives at the beginning of my novel. I note items on the menu unknown to me and am doubly confused.

The shirtless man at the other table increases the volume of his humming and eventually a waiter goes to him and has words. The shirtless man has words back, but they sound like gibberish. At my table the editor suggests something from the menu and I happily comply. There is wine.

Whilst I eat and listen to suggestions, the shirtless man is spoken to by two other waiters. As I (wisely) restrict myself to a second glass of wine, two uniformed policemen enter the restaurant and approach the shirtless man, whose gibberish had increased even more in volume. In the course of a few minutes three other uniformed police officers – one of them female  – arrive on the scene. They are now ranged around the shirtless man and his table. I finally tell my editor what is happening behind him and why I am not concentrating fully upon his suggestions. He turns around.

Two of the officers remove the table from in front of the shirtless man. Two others, one on each side of him, haul him to his feet. It is then that we see his shirtless state continues all the way to his naked feet. The female officer takes the tablecloth from the table and drapes it around him. The four male officers form a circle around the naked, shrouded man uttering his gibberish, and hustle him from the restaurant. The female officer picks up what appears to be a pile of clothes from beneath the table, and a pair of roller skates, and follows them.

I say to my editor that I have never seen anything like that.

Nothing Finer Than A Diner / Cash Only

I’ve lived long enough that all of my favourite restaurants are gone except two. Don’t worry, I still manage to eat out – I adapt.

Of those two, one is the long-lasting Ardmore Tea Room. And if I didn’t enjoy this place enough already, when I dined there yesterday I was asked “Would you like fried onions on your hash browns?”  I was tempted to answer “Is The Pope Argentinian?” but, instead, I just gleefully said “Yes!” Gleeful – in part – because they were accompanying Eggs Benedict. {You can note a bit of food = religion theme.}

As far as I know the Ardmore has been in the same location, and has been there for decades. It opens at 5:00 AM and closes at 8:00 PM. You don’t open this early in the morning if you don’t get steady customers. People on their way to work, and people coming home from work. A restaurant of the people, it is obvious.

The seating is at booths, and I have never been there when at least half of the booths were not occupied. The age range of the diners covers the decades, and I’d guess their economic backgrounds are just as diverse. I’ve never seen anyone encouraged to depart as soon as the check was paid, and as far as I know the coffee is bottomless.

By the way – the food is great!

There is an array of diner staples, plus dinner selections ranging from lasagna to chipolte chicken wraps. You can get shakes and sundaes. And rice pudding.

$Cash$ only – no credit cards.

As I sat over my third coffee and empty plate, listening to the murmur of many conversations and bursts of laughter, I finally realized what I had noticed during my meal. Noticed by its absence, so it took a while to register.

Not one person was using their cell phone.