HM The Queen Graces My Humble Novel – Happy Birthday To Her

HM The Queen is ninety-six years of age, and this year she celebrates the 70th anniversary of her accession to the throne. In my novel, More Famous Than The Queen, I follow the life of ST, so famous he is only known by his initials. One of his friends is the Queen of England. They have the occasional meeting.

Here, written a number of years ago, is an abridged account of one of his meetings with Her Majesty, in the gardens of Buckingham Palace.

I wish her Gracious Majesty the best of the day, and for tomorrow, the top of the morning.

ST walks half way along the lake without seeing anyone else. He assumes he will quickly be notified when the Monarch is ready to receive him. He knows his progress is being monitored by sensors and security devices.

He slows his pace. He is past the turn in the path, and nearly to the head of the lake. He can not be more obviously present as he stands beside the glistening body of water.

ST absently gazes at the ground in search of a skipping stone. The lake is so narrow, he will have to throw along its length. It seems he won’t get to practice his rusty skills, for the earth is totally absent of suitable stones.  Crushed, white pebbles border the lake. All of the strategically placed rocks are too hefty – some even large enough to sit upon. It is apparent the area is regularly raked.

He pushes his shoe through the pristine arrangement, hunting for an errant rock which might have missed a ground keeper’s eye. Not a particle of dust accumulates on his highly-shined toe.

ST’s hunt is futile, and he begins to search in earnest around one of the large rocks. Instead of using his toe, he carefully reaches forward to push the polished pebbles out of the way. He even picks some up, hefting them in his palm.

“Is it your intent to stone our fish?”

ST is so startled he drops the pebbles. He has heard not the slightest sound behind him. He turns with much surprise and shock, prepared to rebuke whichever ground keeper or security person he confronts. His angered preparations are for naught.

“They will prove adept at avoidance.”

“They have survived many a grandchild.”

ST stares at the small woman, and actually feels a twinge of reverence. They have met before, and had conversations – not just two minutes of “chat” during some reception. Even though ST knows all about the smoke and mirrors employed by fame, there is always something at the core to be obscured and reflected.

A small woman in black, glancing at him while squinting into the sun. It is not who she is, but all the things people believe when they meet. For the first time, he realizes what others may be seeing when they come to look at him.

“A poor choice here.” She turns from the sun.

It seems to ST she would like to be alone, but for him to leave in any direction would be acutely apparent. Startled by royalty at the beginning, and offending royalty at the end, is not the way he wants to remember this encounter.

He stands his ground, keeps silent, and watches the small woman’s back, as if he were a faithful yeoman of the guard. Give him a halberd and pike, and he would be the most diligent defender the kingdom has ever seen.

She is staring into the water, which reflects the blue sky and the trailing white clouds. The surface is so calm their reflections sparkle. “Do you know they call this the Queen’s weather?”

“That seems rather a lot of responsibility to us.” She takes an unhurried look into the sky, then points to a huge swath of blue. “As if we could command such a thing.”

“It’s just as easy to take the credit.”

“Then credit must be taken for the poor weather. To be accorded jurisdiction over fifty percent, demands a responsibility over the other fifty.” She turns and looks directly at ST. “And so much more, beyond our expertise.”

And although ST does understand, he speaks because he is spoken to. And he does not speak the first words which spring into his head, which would be impertinent.

“Yes, Ma’am.” He has forgotten how perceptive she is.

“`Heavy is the head that wears the crown’.”

“Our Mr. Shakespeare knew his Royalty.” Her eyes definitely change, ST will swear to it. “Although we suspect he would prefer a correct rendition. `Uneasy lies the head that wears a crown’.”    “Henry IV, Part 2.”

“Are you playing catch-up?”

“It is to be commended.”

She glances toward the palace, and then looks into the sky. “In the country, we generally tell time by the sun.” She again walks toward the lake, and stands so close her toes seem to touch the water.

“This conversation must never have taken place.”

“Ma’am. My plan is to make my memoirs a tissue of lies.”

Battle Of Britain Day And My Father’s War 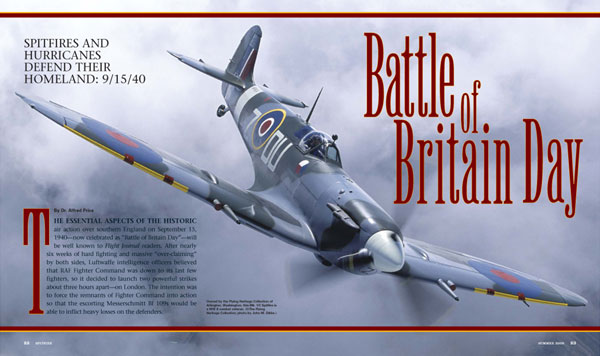 Battle of Britain Day is 15 September. On that day in 1940, the German Air Force accepted that they could not sustain an air invasion of Britain. They ceased their daytime attacks, and resorted to only attacking at night.
I just realized today that my father, a soldier in the Canadian Army (whose prime military involvement in the Second World War was the invasion of Sicily and Italy), actually had greater personal hardship from events dealing with the air invasion of Britain, than the acute danger he faced during his land invasion.
The first thing that comes to mind is that he hated the confinement of bomb shelters, and would not use them. He would wander the streets and watch the air action. He saw bombs explode, and planes (of both sides) get shot down. He recounted one experience of seeing a German pilot parachuting to the ground, after bailing from his plane. A very young soldier aimed his rifle at the descending airman and was ready to shoot. An officer knocked his rifle aside. The soldier started to cry, yelling “They bring me over here, and they train me, but they won’t let me kill a damn German.”
On one occasion, my father went on leave with a group of soldiers, including his three best buddies. They were always together. However, my father also spent time with my mother (she was a British girl, and became his War Bride). As a result, my father did not return on the same truck that his buddies did, but spent as much time on leave as he could with my mother. When he did return to his barracks, he was greeted by shock and disbelief. The truck he was supposed to return in had been struck by a direct hit from a German bomber. It had just been assumed that one of the mangled corpses was his.
And the third thing, which I believe he only mentioned once, concerned an incident that happened near one of his British postings. His company was often moved and placed elsewhere during the three years he was in Britain. They would stay in each place a few months, and make friends with the local people. Near one of these postings there was a Boy’s School, mainly of younger teenagers. The boys were interested (indeed, fascinated) by the Canadian soldiers, and spent time with them. One day the school was bombed, and the soldiers were first into the ruined building. My father was eventually to see things more horrible than this slaughter, but I feel it affected him the worst.
09/15/2019 0

I not only attempt to write fiction, I have, over the years, written a lot of fiction. My fiction ranges from the conversations between God and an Elephant, to the account of a sociopath serial killer, to the diary of Franz Kafka, to NATO military intrigue. In many ways I think I’ve covered the bases. See a stone, and I turn it over.

But I admit being stopped in my tracks by this Daily Mail Facebook NewsFeed.

I confess, I could not make this stuff up.

And performed a sex act on one while he was wearing a gas mask.

I don’t know if this is the eternal question of authors (maybe that question is ‘what do editors want?’) but there  is a lot of worthwhile information here. And I’m guessing agents in America want what their British counterparts want. More or less.

Last weekend’s first Kent Festival of Writing, organised with WhitLit, offered a full day of workshops about different aspects of writing, from Julie Cohen’s on plotting with Pixar and building a character from a coin toss, to mine on the perils of editing. (I’ll blog more about that soon.) The day culminated in a panel with […]

via What do agents really want? — Peggy Riley