Turning One Thing Into Another: Flash Fiction Contest // The Icy Moons Of Jupiter 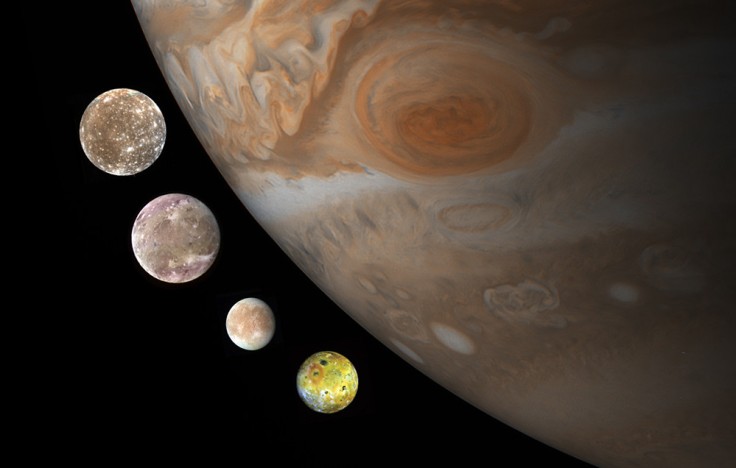 An Icy Moon Of Jupiter.   Turned into 100 words
AS IS:
He is not a man for grand gestures.   The gift came as a surprise, the kiss a shock. He was embarrassed by the first and aroused by the second. Time, always a constant worry – not the futile minutes, hours, days, the whirlwind passage of months, but the disappearance of the now into the past -had again taken a bite out of his life before he had realized it was gone.

“I thought you would like it.” she said, a gift somehow made more important because it was not planned, an obvious display of spontaneity. A chance meeting in a store on a Saturday afternoon. “I’m leaving soon, in two weeks I’ll be in France.” Eyes taking in his every reaction, her voice tinged with reproach. “Do you like it?”

And of course he did, but there were too many memories laced with half smiles jamming into his head, not painful in themselves but adding now to finality. The party where he met her, surely that was just last week, at the most a month ago. Surely it did not stretch back to soft Autumn nights.

“well, here,” she writes something. “It’s for you, you know.” A look of puzzlement crosses her face as the gift changes hands, the too brief touch of her fingers. he clutches it carefully, looks back to her eyes and imagines he sees a twinge of that nonexistent past. or does she only reflect what is in his own face?

And then the kiss.

So unexpected that he almost jumps back.

The touch of lips and warm breath, the smell of fresh, soft hair against his cheek. His own mouth open in surprise, her farewell brush of lips turned partially into passion. And then she is out the door, onto the street, and he is standing by a counter feeling very old, his heart an icy moon of Jupiter.

The gift comes as a surprise, the kiss a shock.

He is embarrassed by the first and aroused by the second.

A gift made more important because of it’s spontaneity. A chance meeting in a store on a Saturday afternoon.

“I’m leaving soon. In two weeks I’ll be in France.”

Eyes take in his every reaction.

That party they met, surely it was just last week, Surely it did not stretch back to soft Autumn nights.

Then she is out the door.

He becomes very old, his heart an icy moon of Jupiter.