Gulled By The Gull – The Smart Bird Strikes 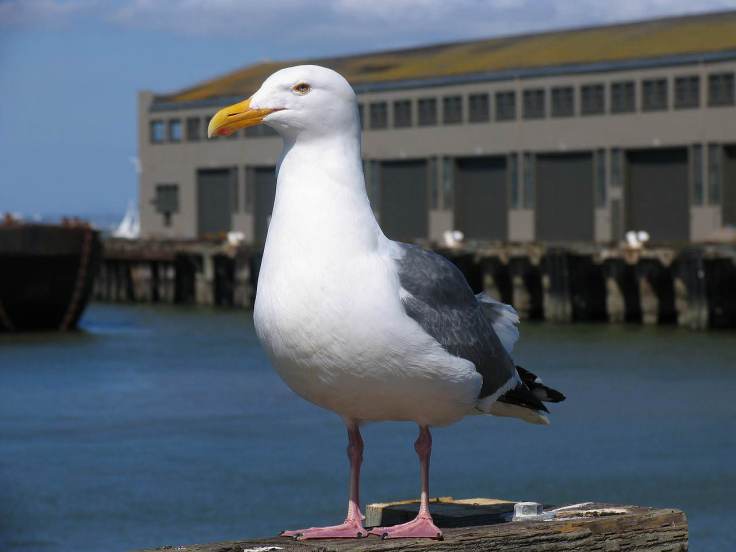 I was by the harbour – chilly though it was – standing on one of the wharfs that was still in sunlight.

I had been cautious as I approached the edge, because I did not want to disturb an injured seagull, It was huddled beside a corner post, trying to stay out of the wind. I figured there was enough room for both of us.

The gull did shift its weight from time to time, and seemed to keep its side toward the wind. It was not a sleek-looking bird, and had misaligned feathers on one of its wings. It favoured an odd side-hop when it moved. I wondered what misadventure it might have experienced.

There was little traffic on the harbour, but the sunshine and clear sky made the water a deep and beautiful blue. I was looking out toward the ocean proper when a commotion startled me. My decrepit gull was fast into the air and then, even faster, into the water. Seconds later the bird was back in the air, its beak full of crab.

The gull landed a very safe distance from me. It began to dispatch the crab with fast and furious strikes of its beak. The gull kept the crab on its back as it pecked away at the softer underside. This was no delicate fine dining, as pieces of the crab’s shell flew in various directions, and made sounds as they landed on the surrounding dock. Soon, the only motions the crab made were from the piercing of the gull’s beak.

Considering that I dine – admittedly, with a tad more finesse – upon lobster, I had no problem with the gull acquiring its own meal. It had been earned.

And I will make no more assumptions about the state of gulls by appearance alone.