Taking A Vacation – But Not So Much

In a discussion about vacations today, I made the comment that I don’t consider I have had a vacation for forty years.  I doubt I was believed and, I’ll accept, it probably isn’t even true. But, when is a writer ever off? Ideas appear at will (not my will) and characters demand that attention must be paid. This can happen any day, and usually every day. This ain’t no complaint, as writer’s block is far worse.

Still, I think I’ll slip some blogs in that I have already done before. There may be no rhyme nor reason for my choices, but, this one came to mind because I think a character somewhat like The Gypsy Lady might have just appeared in my current manuscript. A totally different story and situation, but … 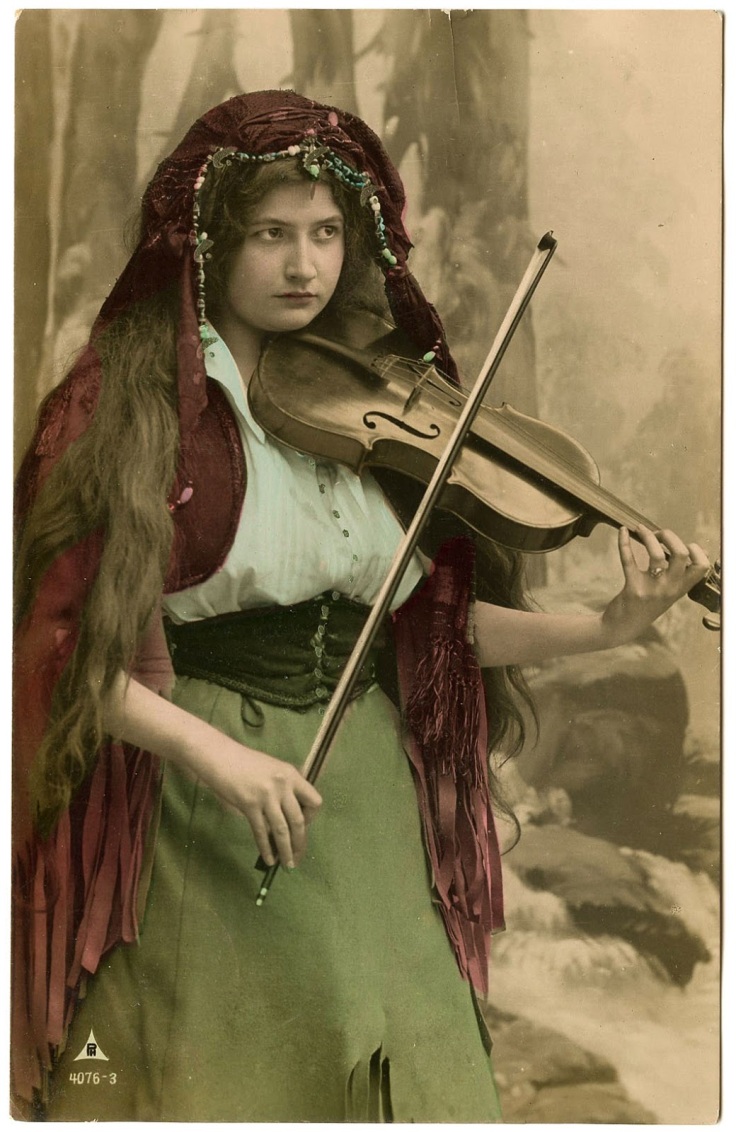 A Gypsy confronted me today, and I was in the mood for a bit of sport. Her age was difficult to tell – certainly a decade older than me. In her swirl of shawls and dangling jewellery, heavy make-up on her face, she could almost have been in disguise. She peered at me with an intense sigh, attempting – I am sure – to penetrate my own disguise.

She seemed pleased with my response, for her professional smile became real.

“You state the obvious,” she said. “As becomes a Doktor of Laws,”

I replied. “But to your eyes, do you not state the obvious?”

“Are you going to banter with a poor old Gypsy woman, instead of barter? That would make you suspiciously like one of us.” She said this with a growl in her throat.

“The Gypsy and the Jew,” I said, feeling the challenge which I so miss. “Perhaps an opera – but I think it’s been done to death.”

“They will try to do us all unto death,” she said harshly, and turned away.

I had the fear she was going to leave me without another word, but what she did was to spit fulsomely onto the street.

“They can’t kill us all,” I said, but I knew she heard the doubt in my voice.

She slowly faced me again.

“So. Even a Doktor of Laws can have hope. That is refreshing – but foolish.” She took my hand and felt my palm roughly with her thumb, although all the while her eyes never left my face. “You are going to travel.”

“Travel is a vague word. One can go on many types of voyage.”

“Then let me pay you for your services right now.”

This transaction would make her loose my hand, which is what I wanted most of all. She had frightened me, for her eyes and face were full of truth. I know the truth. I know it when it presents itself, stark and unobscured. I search out truth endlessly, yet still can flee at its approach. As in her eyes. But she gripped me more fiercely, and pulled my hand up.

“The coin, Herr Doktor.” Her voice was now soft. “The coin can wait.”

She at last lowered her eyes and looked closely at my palm. She rubbed the lines and whorls of my skin. She touched her finger to her lips, and spread the moisture along my hand.

“Your lifeline, Herr Doktor,” she took a quick look in my eyes, “of Laws. You deceive with the youth upon your face. Is that not so?”

“If your eyes stop at the mask, then no, the years have not etched themselves deeply.”

“Not on your face, Herr Doktor of Laws.” Her grip was intense. “But on your palm…” She hissed. “You will soon embark upon that final voyage.”

She released my hand, rubbed her fingers across her sleeve.

“But you will not go in haste. There will be many stops along the way.”

Suddenly her face was full of the most beautiful smile, and her laughter was genuine.

“I see you do not complain of vagueness now.” She held out her hand. “The coin, Herr Doktor of Laws. This time I have truly earned it.”

I dug deeply into my pocket, and feared that I may have overpaid her. But, perhaps, that is not possible.