Hillary And Trump Walk Into A Bar ~ The Election Closes In 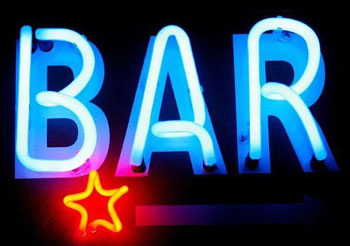 [It is the countdown, folks – so count along.]

~ I know what your poison is, Hillary.

~ You drink the Kool-Aid.

~ You’re the one who mixes it, Donald. I don’t touch the stuff.

~ It makes you nasty.

~ I’m starting to think you have a fixation on nasty women.

~ You like to do things to women, Donald. It’s a big difference.

~ They’d love to let you know how much they love it – I’ll grant you that.

~ So, you get all the women beating up on me, you think it will make you win?

~ A lot more than that is going to make me win.

~ You, Donald. You being you. Really, all I have to do is stand there and be superior.

~ They love what I say – the people you help crush. They just love it. Believe me.

~ They love it, Donald.  They love hearing it. But they look at you and they see something they don’t want.

~ They don’t want a president who will take them down with him. That’s self-preservation, Donald. Something you’re good at.

~ There’s nothing wrong with looking out after yourself.

~ There’s something wrong about only looking after yourself.

~ You’re kinda hawt when you’re a know-it-all. We could have been quite a team. Taken over the country.

~ You know – married.  I would have got you out of that pantsuit.

~ We would have to get something more than a marriage certificate.